I was watching How Trolls on Reddit Try to Manipulate You (Disinformation & How We Beat It) from Smarter Every Day (great watch btw) and observed that they talk about how trolls try to turn an argument into a binary argument, and polarize it, till there are sides formed and all logical discussions are suppressed.

As per the video, When an argument has more than multiple sides our brain looks at more logically. There is research shows that When Binary Thinking Is Involved, Polarization Follows

A classic example of extremism can be seen in politics, where there are two prominent sides and once you pick one side, the other side is your enemy by default.

We see this in action on social media, where communities that belong to extreme sides, bash and hate on other sides.

If we look at programming, we have classic Vim vs Emacs, Spaces vs Tabs debates

There are multiple pages written about Spaces vs Tabs debate, even “Silicon Valley” Included this debate into Season 3, Episode 6.

Articles like Spaces vs. Tabs: A 20-Year Debate Reignited by Google’s Golang and Inside Silicon Valley’s Spaces And Tabs Debate show that this debate is alive, and is a big deal.

I mean, let’s just set tab equal to 4 spaces and get over with it 🤷‍♂️

Studies show that social media acts as feedback loops, where discussions are turned into binary arguments and users are forced to pick a side

When users are participating in an online discussion, they are pulled into one of the sides, and then undecided members leave those groups or get shut down by one of the sides.

Once a feedback loop has formed, those parts of communities are taken over, and they become echo chambers.

Episode 120(INVCEL) of Podcast Reply All from Gimlet media shares how this phenomenon created one of the toxic community(incels) on the internet.

It shares how a support group was slowly taken over and how it eventually turned into incel subculture. Southern Poverty Law Center included incels in their list of hate groups.

Getting caught up in an echo chamber is a major issue when the internet is flooded with all types of information. Information overload becomes a real issue, and the filters that we use to deal with it gives us a partial view of the world. We get biased, and then it’s all downhill from there. 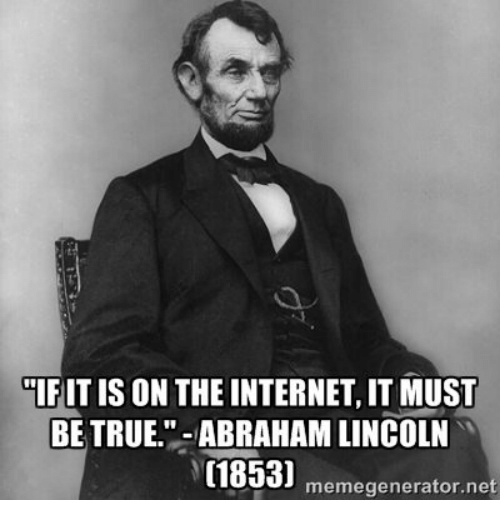 These are things that we never expected or thought when we decided to connect a bunch of computers by cable and call it the internet.

Just being aware of these problems is a good starting point. Hopefully, we will get better at spotting binary arguments and breaking these feedback loops.

Now that these problems are here, knocking on our doors, we have to be aware of these. Hopefully, coming generations will not fall for these, just like how the current young generation is not keen on taking money from a Nigerian prince

Polarization is growing in the media we consume. Information overload is causing bias and filter bubbles. In extreme cases, we get sucked into echo chambers. The first step in dealing with these issues would be to be aware that these problems are there.

We should take a step back, look at data, facts, and arguments on the other side to overcome these problems. There is too much information, and too little time, validating every single piece of information we consume is not possible. to counter this we should be selective of our sources, and filter out biased sources.

Being aware of these things, and taking a step back and checking if we are in a binary argument. if we are picking favorites, and then avoiding these landmines is a very important skill that we should be building.

That’s all from me, stay in and stay safe ✌️

PS.: I am new to this subject and looking to learn more, send tweets @electron0zero for further discussion